Psoriasis is a term that encompasses a group of chronic skin disorders that affect any part of the body from the scalp to the toenails, but most frequently affect the scalp, elbows, knees, hands, feet and genitals. Over seven million men and women in the U.S. of all ages have some form of psoriasis, which may be mild, moderate or severe. In addition, it may be categorized into different types: plaque, pustular, erythrodermic, guttate or inverse psoriasis. Most forms involve an itching and/or burning sensation, scaling and crusting of the skin.

While the cause of psoriasis has yet to be discovered, suspected triggers include emotional stress, skin injury, systemic infections and certain medications. There is a possibility that susceptibility to psoriasis is inherited.

Normally the outer layer of skin, which consists of keratinocytes, is replaced unnoticeably, about once a month. This process is faster in people with psoriasis; keratinocytes reach the skin surface too quickly, before they can be properly incorporated into surrounding tissue or even before they are fully mature.* As a result, the skin flakes off. This sped-up process is called parakeratosis.

Psoriasis cannot be cured but it can be treated successfully, sometimes for months or years and occasionally even permanently.* Treatment depends on the type, severity and location of psoriasis; the patient’s age, medical history and lifestyle; and the effect the disease has on the patient’s general mental health.* The most common treatments are topical medications, phototherapy, photochemotherapy (PUVA), and oral or injectable medication (for severe symptoms).

*Disclaimer, results may vary from person to person.

Do you have any questions about Psoriasis? If you would like to schedule an appointment with one of our dermatologists in our Los Alamitos or Agoura Hills office, please contact us for a consultation.

See real before & after photos of Psoriasis Treatments. 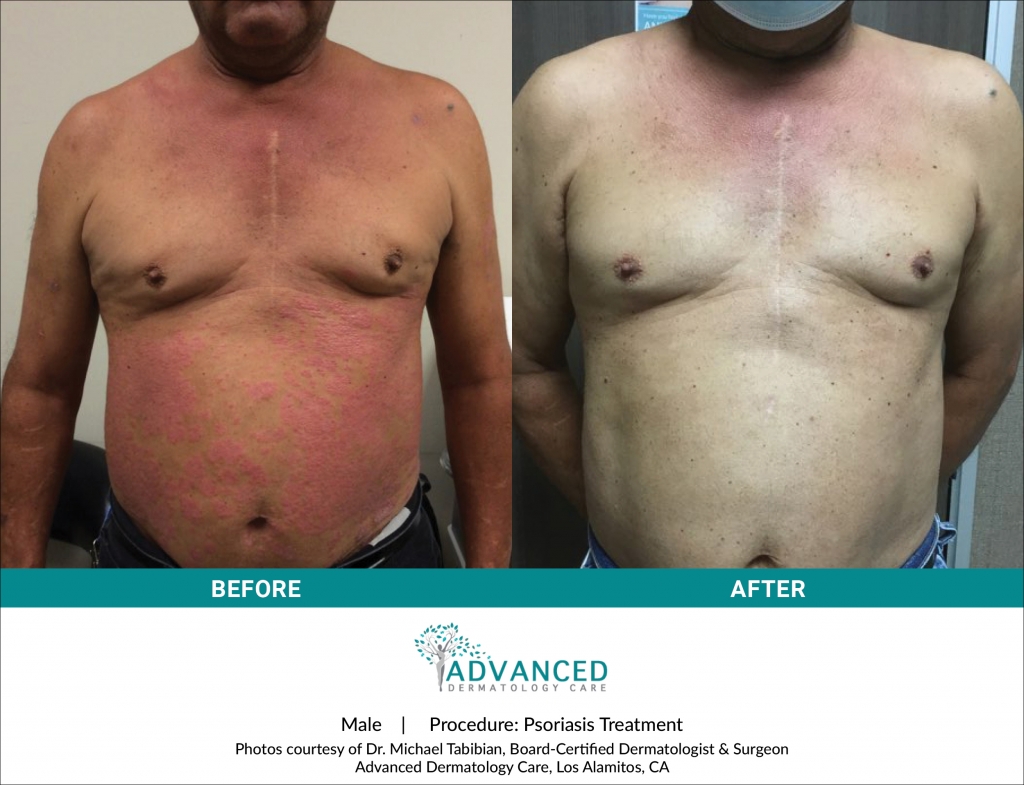 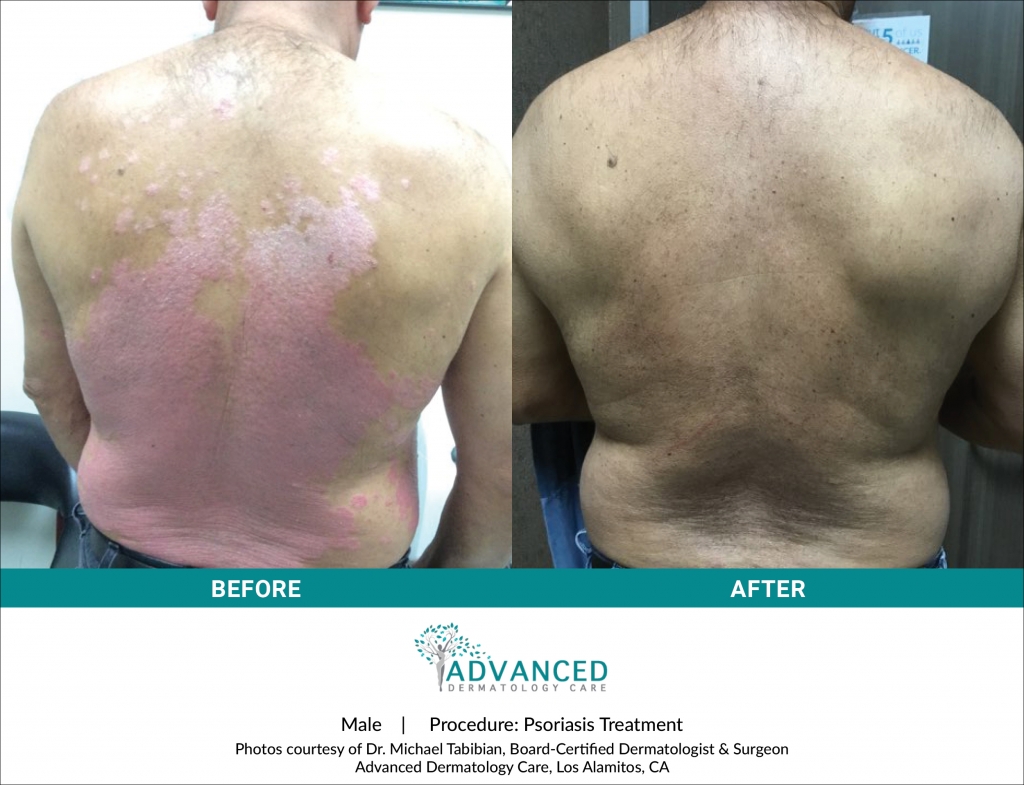